The Utah Sport Bike Association is a state of Utah, non-profit corporation (entity 930856-014). The all-volunteer organization uses 100% of its revenue to support rider education, safety and racing throughout the intermountain west. With a history that goes back to humble beginnings more than 35 years ago, UtahSBA has fostered the growth of some of the nation’s most influential racers, instructors, authors and motorcycling advocates.

Two of our founding members were Mitch Boehm (former Managing Editor of Cycle World, 13 years as Editor of Motorcyclist, and Creator of Moto Retro Illustrated), and Nick Ienatsch (Author of The Pace, Sport Riding Techniques, Columnist at Cycle World, Lead Instructor for 12 years at the Freddie Spencer Riding School, and later created and is the Leading Instructor at the Yamaha Championship Riding School). In 1984, these two, along with our other founding members (Joey Veater, Marvin Jensen, and Gene Prunty, just to name a few) would gather together at a closed location to test their skills.

With no local motorcycle-friendly track, the club started racing on closed streets at the International Center by the airport.  Local law enforcement found out, and was not too pleased, so the group moved their activities to the Wendover Airport Tarmac, then on to the old Bonneville Raceway course in West Valley City. The first full UtahSBA race season was held in 1986. The world-class Miller Motorsports Park (now Utah Motorsports Campus) opened in 2006, and we’ve been privileged to race there ever since.

A Message From Nick Ienatsch

This is Nick Ienatsch. the UtahSBA president asked me to relate a bit of the history of the Utah Sport Bike Association’s founding and I must begin by saying that the club started from the purest motivation possible: love of sport bikes. Return with me in time…

The Japanese factories were just starting to bolt together sporty bikes and I sold my XT500 Yamaha thumper for a 1980 Suzuki GS1000S, parking it next to my Dad’s new GS1100. Just after buying my “Wes Cooley Replica”, I began working at State Sport Suzuki and hanging out with Mitch Boehm (now Editor of Motorcyclist) and Sean Sorensen, two like-minded sport-bike-nuts I met at the U of U. Mitch had a GPz550, Sean a CB750F (with the sport-control-kit, of course!) and we rode everywhere, all the time.

Our group grew to include Marvin Jensen (Yamaha Turbo), Gene Prunty (GS750) and Scott “The Canadian Hoser” Petersen, though I can’t remember what bike he owned. I bought a Suzuki 1000 Katana and a GS850G in ’82, while Mitch stepped up to a VFR500 and Don Debusk came along on his ’83 750 Interceptor. (Could we have a moment of silence here please: let us bow our heads in tearful memorial for my lost memory!!! There were a few other terrific guys that were with us, but I can’t remember their names, though I can remember their bikes .weird, huh?) My dad traded his original 1100 for the new model, and before we knew it, the group was lookin’ pretty good.

“Hey, we all wanted Bimotas, so painting our Japanese frames red was the next-closest thing.”

And we actually did look pretty good, because our buddy Walt Allen had a spray gun! Remember, these were the days when you didn’t need a mechanical-engineering degree to work on your bike, and bad weather simply meant the bikes were coming apart. My 850 had a blue frame and white bodywork, while red frames adorned Mitch’s Interceptor, Sean’s CB, my Katana, Gene’s 750, Scott’s bike. we’d do the sanding and Walt would tape off his garage and paint while the snow fell. Hey, we all wanted Bimotas, so painting our Japanese frames red was the next-closest thing.

While we’re reminiscing, this was a time when you could meet at the bottom of Big Cottonwood Canyon at 7am Sunday for a cop-free run up to Brighton. My dad tells me all that has changed, but back in the early ’80s it was rare to see a Sheriff during an enjoyable canyon exploration.

Just before I was hired by Motorcyclist in ’84, we began “practicing” our skills in a parking lot out by the airport, and on the road west of Utah Lake . We’d run back and forth through a few corners, watching each other and discussing what we were trying to do. That’s when the USBA idea sprouted because we all wanted to take the next step with our friendship and our love of riding sport bikes.

I left for Hollywood and the UtahSBA came together in the next few years. Mitch soon followed me to MC, but we returned to race with the club at Wendover and to attend a few USBA meetings. I went to watch my dad race his RZ350 at the dragstrip track and I can still remember being so damn proud of him, amazed at how quick he could go on that old stroker.

Calling me a founder of the USBA is like saying a snowflake created an avalanche. I know Joe Veater worked his butt off in the early days and I can still feel his infectious enthusiasm for riding and racing, but I hope someone with a better memory than mine will outline all the hard workers that got the club up and running.

The original guys I used to meet at the bottom of Big Cottonwood simply loved to ride. We rode to school, work and the top of every canyon we knew. In ’82 and ’83 we rode to Laguna Seca and camped in the infield, meeting fantastic friends, laughing all night and sneaking into the pits to see Randy Mamola and Kenny Roberts every morning.

Dang. good days. if the UtahSBA is comprised of people who love to ride, then nothin’s changed.

We are a state of Utah, non-profit corporation (entity 930856-014). We use 100% of our revenue to support rider education, safety, and racing throughout the inter-mountain west. With a history that goes back to humble beginnings more than 35 years ago, we have fostered the growth of some of the nation’s most influential racers, instructors, authors, and motorcycling advocates. 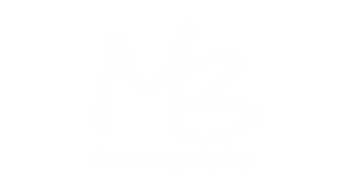